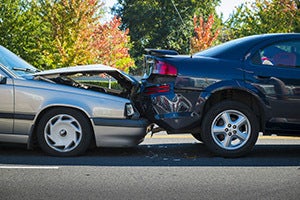 Justice may be blind, but that doesn't mean justice is always served by the facts. For example, you may be injured in a car accident where

the "facts" seem to point to you being clearly at fault, but that doesn't mean you're not entitled to some compensation or that you shouldn't fight to receive it. In other words, the "facts" of the case may not tell the whole story. A good Los Angeles personal injury attorney can get to the story behind the story to help you receive the compensation you deserve. Let's explore how you may be able to prevail in a personal injury lawsuit even if the facts of the case put you at an apparent disadvantage.

Two Factors that Can Even the Odds

Even if the deck seems to be stacked against you on a personal injury case, your attorney may be able to hone in on one or two key factors that may serve to provide more context to a case where you appear to be at fault. These factors are: comparative negligence and the extent of your injuries.

California is a "comparative negligence" state, which means that the state recognizes that more than one party may be at fault in an accident, and compensation may be adjusted accordingly. In many cases, comparative negligence works against you in a personal injury case because if the insurance company (or a jury) believes you share even a small percentage of the blame for your accident, it will reduce your damage award by that same percentage. However, in cases where you appear to be mainly at fault, comparative negligence actually works in your favor. Even if you are considered 99 percent at fault, you're still entitled to 1 percent of the damages for your injuries. It is this comparative negligence structure that a good attorney can often use to help you collect a greater settlement than you might expect by uncovering evidence that puts more responsibility on the other driver.

Extent of Your Injuries

The severity of your injuries can often play a huge role in shifting the tide in your favor. If you have suffered catastrophic injuries in an accident or have incurred significant medical expenses, this may outweigh much of the comparative negligence on your part. The main reason for this is that severe injuries suggest that there may have been other, subtler factors at play in your accident that made your injuries more pronounced than they would have been under normal conditions. In other words, the injuries themselves suggest the other party shares a greater percentage of negligence than is immediately apparent.

The best way to show how these factors can turn the tide in your favor is to give a practical illustration. Let's assume for a moment that you were in an accident where you rear-ended another vehicle. By default, the police and the insurance companies will presume that you bear most of the responsibility for the accident because the driver behind is usually at fault in a rear-end accident. This is a perfect example of the facts not being in your favor.

However, suppose this rear-end incident occurred at a high impact and left you severely injured while the other party was relatively unscathed—an unusual outcome for a basic "fender-bender." A forensic investigation of the skid marks reveals that you had slammed on the brakes trying to avoid the collision. Eyewitnesses tell the police that the other driver had stopped suddenly, failed to activate their warning lights, or did something else unexpectedly, putting you in a position where it was impossible to avoid an impact. Taking these factors into account, it becomes more apparent that the other driver may have played a larger role in the accident than was initially thought. Now, thanks to the combination of the extent of your injuries and the principle of comparative negligence, the jury has a greater sense of context for assigning fault, as well as a greater sense of duty to make sure you get at least some compensation for your injuries.

The bottom line: Don't assume that you don't have a valid personal injury case just because the facts don't seem to be in your favor. If there is any argument to be made that the other party shares fault and was a significant contributor to your injuries, you may be entitled to more compensation than you think.