Under California law, plaintiffs can recover lost wages in personal injury cases, which is the income they would have earned if they were not injured caused by someone's wrongful act. 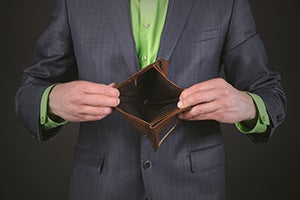 A victim's lost wages and lost earning capacity are a part of the compensatory damages available for recovery due to a defendant's negligence, recklessness, deliberate wrongful action, or strict liability.

When significantly injured in an accident, it can create financial losses on multiple fronts.

Not only could you be faced with extensive medical costs, but your injury may also hinder you from making an income, effectively putting you in a nearly impossible position of paying more money out with little or no money coming in—often with no end in sight.

For this reason, when the accident occurs due to someone else's negligence, as noted, California law allows injury accident victims to include lost wages among the damages claimed in personal injury lawsuits—not just past wages, but future wages, as well.

To give you a clearer understanding of recovering lost wages, our California personal injury lawyers are taking a closer look at the laws below.

California defines lost wages as all types of income gained from work, which the plaintiff could not earn due to their injuries. Examples include, but are not limited to:

Lost wages commonly refer to past income lost due to a personal injury, also known as the victim's out-of-pocket losses.

Put simply; you can sue for the income you be unable to earn in the future due to an accident or injury, also known as lost earning capacity in California, which is discussed in detail below.

Proving lost earning capacity is often more complicated than proving lost wages. It will typically require testimony from an occupational expert to account for raises and bonuses. The statute of limitations in California for personal injury cases is two years.

As noted above, California law allows injury victims to recover lost past income and future income. From a legal perspective, lost wages refer to past income lost from the accident to the present.

On the other hand, lost earning capacity refers to anticipated or future income that the victim won't make because of their injuries.

Thus, if you're out of work due to accident injuries, when calculating how much to ask for in your settlement, your attorney will account for not only how much income you've lost up to that point but how much you could have earned in the future had your injuries not prevented you from working.

Lost earning capacity may be claimed up to the expected time of recovery—or if you're permanently left unable to work, it may be claimed for as long as you would have been scheduled to work had you remained healthy.

Under California law, a plaintiff must prove the amount of earnings they claim they lost. Short periods are relatively easy to calculate, but it might require expert testimony if they were coming up for a pay raise.

Lost income falls into economic damages, which can be calculated to a specific dollar amount. The calculation is pretty straightforward when calculating lost wages (past to present).

However, calculating lost earning capacity is more ambiguous and speculative because it anticipates a future that no one can truly predict.

When figuring out what to claim as lost earning capacity, lawyers will consider anticipated variables such as:

Because of factors like these, determining lost earning capacity is frequently a point of contention with insurance companies, who typically want to estimate income growth conservatively.

In many cases, an attorney needs to call in expert witnesses like forensic accountants who can validate the amount of lost wages being asked for.

To be awarded lost wages in a settlement or verdict, your evidence must show a causal relationship between your injuries and the defendant's negligence.

In other words, it must be shown that if the accident had never happened, the victim would likely have earned the income in question.

In addition, the amount of lost income you're claiming must be backed by documentation that not only shows how much you've already lost in wages but how much you're predicted to lose.

This documentation may come from a wide range of sources, including:

These sources are not only helpful in calculating the losses incurred thus far, but they also can show growth patterns in your income which can be extrapolated to predict how much you would make in the future. 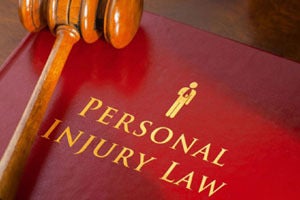 Estimating income growth is a critical element in calculating lost earning capacity. If you only base the estimate of future income on your current income, it can significantly reduce the amount of your settlement.

Any plaintiff who had to use personal days, sick days, or vacation time to cover missed days from work to go to a doctor's appointment can claim them as lost wages.

To recover lost self-employment income in California, a plaintiff again has to prove what they would have made during the period in which they were not able to work

The documents that can help establish lost self-employment income include prior IRS tax returns.

A customer billing statement is more difficult to prove than a lost salary if you made tips at work. Still, it's possible by showing proof of income from previous pay stubs and tax returns.

The dollar value of lost wages is far from negligible, and it is often one of the most significant components in the total value of a personal injury claim. Lost wages are often called back pay or back wages

It frequently exceeds the amount of damages from medical expenses and treatment, especially if the victim is left disabled for an extended period.

If you have been unable to work due to a car accident, pedestrian accident, slip-and-fall, premises liability injury, or other types of wrongful or negligent acts, then reach out to our office to review the details of the incident and legal options.

Injury Justice Law firm is located in Los Angeles County, and we serve victims of negligence throughout California. We can meet virtually during the COVID-19 coronavirus pandemic.

Find me on Google+ Dmitry Gorin is a licensed attorney, who has been involved in criminal trial work and pretrial litigation since 1994. Before becoming partner in Eisner Gorin LLP, Mr. Gorin was a Senior Deputy District Attorney in Los Angeles Courts for more than ten years. As a criminal tri...