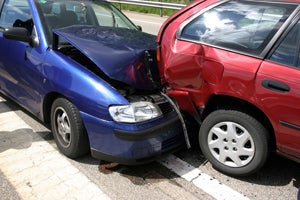 Not every car accident is a clear liability rear-end collision, where it is clear from the start who is at fault. In a lot of cases, cars collide in a way that is not immediately apparent who caused the accident. For example, Susan was t-boned at an intersection.

She claims that the other driver ran the red light. The man that hit Susan is adamant that he was the one with the right of way. By the time the police got there, they had two completely conflicting stories, and the officers had no way of deciding who was at fault. As a result of the accident,

Susan suffered two broken bones and a concussion, whereas the other driver walked away with barely a scratch. With an inconclusive police report, is there anything Susan can do to make sure she is properly compensated for her injuries?

Statements at the Accident Scene

Oftentimes, even if there was no police report and no witnesses, insurance carriers will give weight and consideration to the statements made at the scene. Be careful, however, since sometimes, your statements made in the state of stress and anxiety in the immediate aftermath of the accident can be used against you.

Witnesses Present at the Time of the Accident

Even after the party at fault admits that they caused the accident, they may later go back on what they said and claim the fault was yours.

Because of this possibility, you must get the names and contact information of all witnesses present at the time of the accident, who can confirm (or disprove) the parties' statements later on.

This is probably the single most important thing that you, as a victim, can do to ensure the successful outcome of your case. If you fail to secure the names and contact information for your witnesses, the road to victory will be a lot more difficult.

Depending on the city, you may sometimes be able to obtain 911 call logs and information taken down by the emergency personnel about your accident. Beverly Hills Police Department, for example, produces very thorough 911 records, including recordings of the call itself, in response to a properly submitted request.

These documents frequently contain statements and information that may help determine who was at fault for the accident, and even if they contain no names or contact information, the photographs from the scene may later assist your accident reconstruction expert in determining what exactly happened.

In serious injury cases, it may be a worthwhile investment to hire a private investigator to interview business owners in the area where the accident occurred to determine if they have seen or heard anything to help establish fault for the accident.

Sometimes businesses immediately adjacent to the scene of the accident will have security cameras that may have preserved footage of the accident. But time is of the essence! A lot of businesses keep such footage for only a short period, so you need to act fast to make sure the tapes are not lost, destroyed, or written over.

When liability is disputed, and there is no other evidence of fault, like witnesses, camera footage, or police report, an accident reconstruction expert can help win a seemingly losing battle.

Based on the photos of the damage and their inspection of the vehicles involved and the scene of the accident, the reconstruction expert can opine on which car entered the intersection first, and even potentially estimate the vehicles' respective speeds and break time.

In other words, if the other driver was speeding and did not see the injured party, the accident reconstruction expert can help establish that through concrete measurements.

If it has been determined that both parties have contributed to the occurrence of the accident, that does not mean that you will not be able to recover at all.

In California, liability may be apportioned to each party based on the percentage of fault, and if you, the victim, were less than 50% at fault, chances are you will be able to recover some portion of your damages from the party at fault.

Sometimes, however, the insurance company at the very incipient stages of the claim will make a liability determination that you may strongly disagree with. Unless there is additional evidence to be supplied to the adjuster, the only way to potentially change that determination more in your favor would be to file a lawsuit.

Evaluating the Extent of Your Injuries

As you can see from everything above, disputed liability cases are a tough fight. While you may feel aggrieved and hurt that you were involved in an accident, it may simply not be worth the fight given the damages and injuries involved.

To successfully resolve a claim, additional time and expense would be necessary, and you should carefully evaluate whether the extent of your injuries justifies the significant additional costs of hiring the private investigator and accident reconstruction expert.

If, however, you are certain that you were less than 50% at fault for the accident, think you have the facts to prove it, and your injuries are severe enough, a claim properly researched and presented by an attorney, or, failing that, a lawsuit, may help you obtain recovery where you would otherwise be left with nothing.

Litigation of Your Car Accident Case

Self-represented litigants frequently run into insurance stonewalling tactics in trying to settle their case on their own.

Consider the relative positions of the parties involved: this accident maybe your first, and hopefully last brush with the insurance industry, whereas your adjuster has seen hundreds, if not thousands of claims similar to yours and has probably resolved most of them for pennies on the dollar.

People are eager to achieve closure – that's human nature. This is why it pays to put an experienced representative between yourself and the insurance adjuster. Our Los Angeles personal injury lawyers at Injury Justice Law Firm are skilled at handling all types of auto claims, be it a rear-end collision, a T-bone accident, or a disputed liability case.

We will help you build your case, present it to the insurance company most effectively and efficiently possible, and if the resolution proposed is unsatisfactory, fight your case in court.

We do not charge our clients for the work we do until we win their case. When you bring us your case, you can be certain that we will do everything possible to achieve the most successful outcome.

If you've been involved in a serious car accident in Los Angeles or San Fernando Valley, call us immediately to see how we can help. We are available 27/7 at 310-734-7974 for a free consultation. Do not face this battle alone.