How To File a Dangerous Roadway Accident Lawsuit

Filing a Lawsuit for Injuries Caused by Dangerous Roads and Highways

Poor roadway conditions, such as large potholes, could damage your vehicle, cause an accident, and even result in serious physical injuries.

If you or a passenger in your car was injured due to dangerous road conditions, you could file a personal injury lawsuit to recover damages.

The city, county, state, or federal government usually is responsible for maintaining safe roads and highways. When they are negligent by allowing unsafe road conditions accidents and injuries, they might be liable for any damages, such as medical expenses, lost income, pain and suffering. 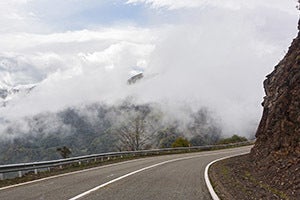 If you were injured due to a dangerous road condition, you could file a personal injury lawsuit.

However, there are specific requirements to file a claim for damages against the government, including time limits to notify them of the claim. If you fail to file a lawsuit promptly, it can be denied.

When you are injured in a vehicle accident, the party at fault is legally responsible for covering your losses, and you have the legal right to file a personal injury claim against them.

Personal injury claims regarding dangerous roadways can be filed against municipalities, counties, state agencies, and the federal government—depending on which government is responsible for the road.

The legal process may be more complex than if you sued a private entity, but victims of injuries caused by negligent governments have the right to pursue compensation for their losses.

Our California personal injury lawyers will review the process below.

Dangerous Road Conditions that May Cause Injury Accidents

Many factors might make a roadway (or a section of road) especially unsafe for drivers, cyclists, or pedestrians. These may include, but aren't necessarily limited to:

Ineffective signage or warnings. The government is responsible for ensuring adequate and visible signage to help drivers anticipate conditions. If, for example, a tree branch is obstructing a sign denoting a sharp curve ahead, the driver may not see it and hit the turn too quickly.

Defective or inadequate traffic signals. The government's failure to install proper signals at busy intersections could be grounds for a personal injury suit.

Inadequate lighting/visibility. Drivers have a reasonable expectation of seeing the road ahead to avoid obstructions. If a tree is blocking the view at an intersection, and the government has not taken steps to remedy the situation, they may be liable for any accidents that occur as a result.

Defective or inadequate guardrails. Guardrails help guide vehicles around sharp curves or ditches in the road. They also protect motorists on overpasses. If these aren't properly maintained or aren't present, the government could be liable if an accident occurs.

Improperly placed utility poles. If a utility pole is wrongly placed and obstructs the view of drivers--or sits on a curve with poor traction where it's likely to cause a collision--the government may be liable.

Inadequately marked lanes. The government is responsible for making sure lanes are marked with paint or reflectors. If the lanes fade and the government doesn't re-mark them, it could cause an injury. Failing to include rumble strips on highways also contributes to an accident.

Uncleared debris. The government is responsible for keeping the roadway free of obstructions. If a branch falls and blocks the road, it's the government's responsibility to remove it in a reasonable amount of time. Otherwise, it may be liable for accidents that result from it.

Other issues include road signs covered by overgrown foliage, damages or a bridge or overpass, dangerous curves, and clogged drainage resulting in road flooding.

What Are the Causes of Dangerous Road Conditions?

A dangerous road condition might be due to just routine wear and tear, severe storm, or someone's negligence.  Either way, in a lot of cases, the government could be held liable for damages when the dangerous condition was caused by:

This means that if you were injured because the government failed to protect you on the roadways adequately, you can hold them responsible for damages.

Governments are often shielded from personal injury lawsuits by something known as "sovereign immunity." This legal principle holds that the government can't be sued without consent.

However, California's Tort Claims Act enumerates several exceptions to this rule—one of which is that government entities may be sued for injury accidents resulting from dangerous roadways within the state.

This exception gives you the right to file a personal injury claim if a dangerous road caused your accident.

That said, even when the government allows for personal injury suits, the government may use various tactics to argue that it is not liable for your injuries. For example:

Because the government may resist taking responsibility, it may require the skills of an experienced attorney to counter these arguments and to present clear evidence that dangerous road conditions caused your injuries.

How Can I File a Claim?

To file a claim for injuries from a dangerous road condition in California, your claim, you need to first consult with an experienced personal injury lawyer who is familiar with these types of lawsuits.

Before contacting a lawyer to discuss your case, you should write down relevant information, such as:

If possible, pictures or videos of the accident scene and dangerous road conditions should be taken.

Your lawyer can determine who was responsible for the bad road condition and your injuries by investigating and contacting the appropriate government agencies.

Depending on the details of your case, there may be other parties that can also be sued, such as a construction company that worked on the roadway, the company that manufactured faulty asphalt, a subcontractor hired by the government, or a trucking company that spilled chemicals on the road.

What Types of Financial Compensation Can Be Awarded?

If we can prove the dangerous road conditions case against the government, you could receive financial compensation for your injuries and property damage. They are known as “compensatory damages” and include:

Suppose the accident tragically caused the death of a family member. In that case, you could file a wrongful death lawsuit and obtain compensation for loss of companionship, financial losses, and funeral and burial expenses.

Is There a Time Limit To File a Claim?

Another hurdle the government puts in place to protect itself against lawsuits is that the statute of limitations for suing the government is more complicated than the simple two-year window to file suit. 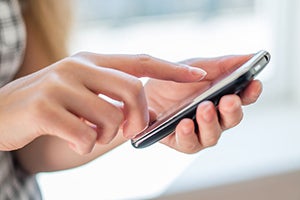 In California, the plaintiff must first file a claim notice with the government using a claim form within six months of the accident and then wait another 45 days to respond before filing the actual legal claim.

If you miss this 6-month window, you are ineligible to file a lawsuit against the government even if they are liable.

For this reason, it's all the more critical to hire an experienced attorney as soon after the injury accident as possible if you plan to sue a government entity over dangerous roadways in California.

Find me on Google+ Dmitry Gorin is a licensed attorney, who has been involved in criminal trial work and pretrial litigation since 1994. Before becoming partner in Eisner Gorin LLP, Mr. Gorin was a Senior Deputy District Attorney in Los Angeles Courts for more than ten years. As a criminal tri...