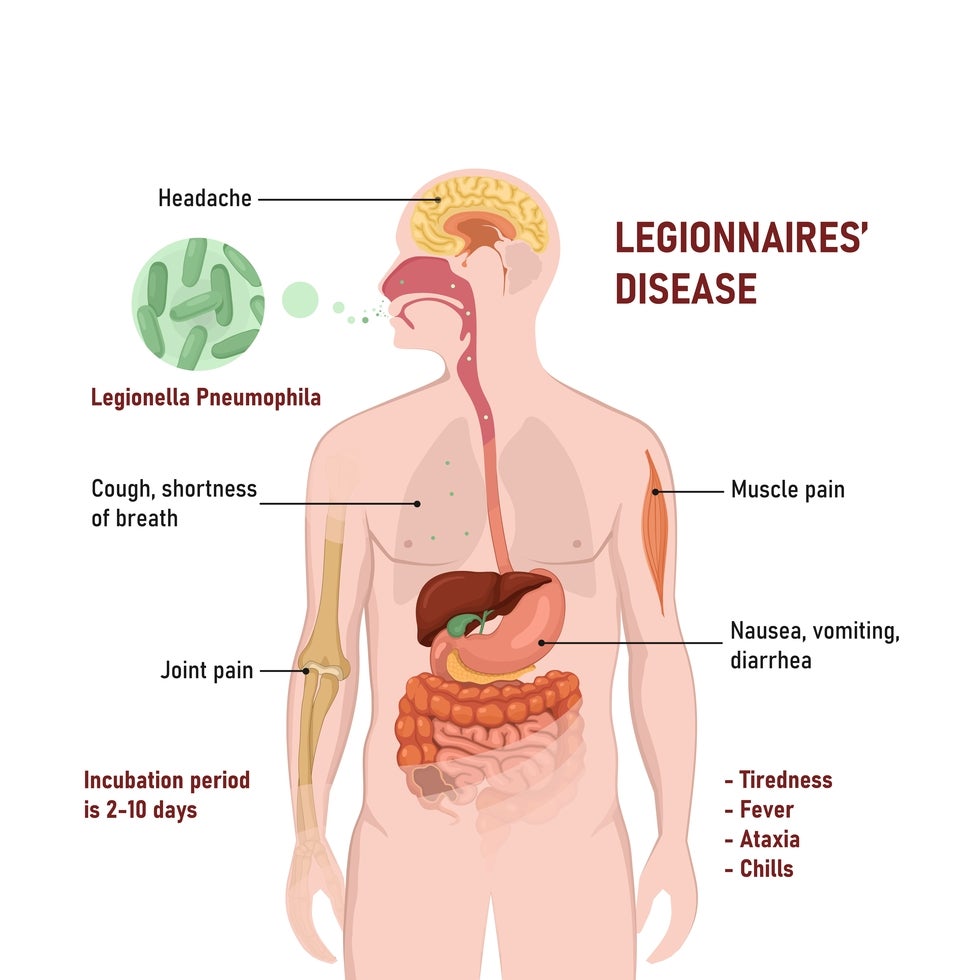 Legionnaires' Disease, caused by bacteria, is a severe form of pneumonia that can cause illness and death. In August 2022, an outbreak of Legionnaires' Disease in Napa Valley, California, left one person dead and 11 hospitalized. Two months earlier, a couple visiting San Jose ended up hospitalized for several days after contracting the disease at a spa.

Transmissions most often occur through inhaling small droplets of water infected with Legionella bacteria. Exposure to Legionella does not guarantee illness, and certain groups are more susceptible to contracting it. Smokers, those over the age of 50, and those with weakened immune systems or other preexisting conditions are the most likely to contract the disease.

If you've contracted Legionnaires' Disease, you may be able to file suit to claim damages. Even a brief hospital stay can cost thousands of dollars, and you should not be stuck with bills due to others' negligence. If you've sustained a permanent injury or if a loved one died, you deserve the maximum possible compensation for your loss.

To file a lawsuit to recover damages, you must show an injury and establish a relationship between that injury and the responsible parties.

Contracting Legionnaires' Disease is not alone sufficient to file a lawsuit. Neither is simply feeling under the weather for a few days. You need to show the disease negatively impacted you.

Ways you can show injury:

Health and economic losses are the most common bases for lawsuits. Your goal is to show that Legionnaires' Disease caused or was the primary reason for your loss or losses.

You next want to demonstrate a link between your illness and the responsible party. This may be a hotel or spa, but it can also be a pool equipment manufacturer. You may decide to sue multiple parties if you believe they all contributed to the conditions that allowed Legionella bacteria to flourish.
You will need to show that a hotel did not maintain proper cleaning standards or that a manufacturer's defect allowed bacteria to spread. You will want to compile evidence that shows how each party is responsible and link their actions - or non-actions - to your contacting the disease.

For example, you contract Legionnaires' Disease in a hot tub at a hotel in San Diego. You find out that the hotel was not practicing industry standards for maintaining and cleaning hot tubs. You also learn that the manufacturer knew of a defect that could allow bacteria to grow in the hot tub, and the company did nothing. In this case, you can likely file suit against both the hotel and the manufacturer.
If, on the other hand, no manufacturing defect was found in the hot tub, but evidence exists that the hotel did not follow local health and safety codes, you could likely file against the hotel.


Defenses Against Your Suit

You will need to prepare for the defendants, such as the hotel or manufacturer, to mount a vigorous defense against the lawsuit. They are likely to argue there is not a clear link between your illness and their actions.

For example, you planned a three-week trip around the state of California. You stayed at ten hotels and two vacation rentals. You also visited a spa during your final week. Legionnaires' Disease has an incubation period of up to two weeks, and you come down with the illness two days after arriving home.
While the places you stayed during the first half of the trip would be outside the incubation period, any place you visited during the last twelve days would potentially be liable. Most defendants would say you cannot show a clear link between the illness and their business.

This is where evidence of additional sick people or a poor maintenance history can help you build your case. County health departments and the CDC both monitor for Legionnaires' Disease outbreaks.