In the state of California, cat owners can be held liable if it can be proven they knew their cat was aggressive and failed to protect other people from this behavior.

California's strict liability laws say that pet owner are liable for unprovoked injuries that were caused by an animal that has dangerous tendencies.

Put simply, the owner has a duty of care to prevent their cat from attacking other people, but it's often difficult to prove the owner knew their cat was dangerous. 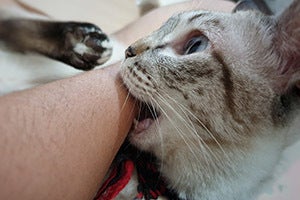 If you were injured by a cat bite or scratch, you could be entitled to receive compensation.

If you are the victim of a cat bite or scratch injury, it might be possible to obtain testimony from a neighbor or someone else who was a witness to the cat's past behavior.

Further, since the state requires doctors and medical professionals to report cat bites, it might be possible to show a previous cat bite that would make your case much stronger.

Injuries sustained by cat bites and scratches are not reported as often as dog attacks are, but they can be no less harmful.

Children and the elderly are particularly vulnerable to cat bites and scratches.

A cat's teeth and claws are dangerous weapons, and when a cat attacks, the victim can suffer serious lacerations, scarring, bacterial infections, and sometimes dangerous diseases.

Fortunately, as noted above, California laws hold pet owners liable for their animals' behavior, including cats.

Below, our Los Angeles personal injury lawyers will discuss cat bites and scratches in particular.

We will also review the types of injuries they cause, the cat owners' legal responsibilities, and the types of damages you may be able to recover if you're injured in a cat attack.

Possible Injuries and Complications from Cat Bites and Scratches

Most cats, even those that roam free outdoors, are not dangerous to humans unless provoked. However, unprovoked attacks occasionally happen, especially if there is an underlying issue with the cat.

Unprovoked cat bites are much more likely to be caused by rabies than a provoked attack.

Cat saliva has bacteria that can cause serious infections in humans and their bites can cause deep puncture wounds that can trap their bacteria under the victim's skin.

If the bacteria spread to the surrounding tissue, it can cause cellulitis or septicemia, commonly known as blood poisoning.

Victims of cat attacks can potentially suffer a variety of injuries, infections, or diseases, including the following:

Lacerations and scarring. Cat scratches can range from superficial puncture wounds to deep lacerations, which can cause scarring.

This can be particularly damaging for someone who makes their living by their appearance (e.g., actors, models). In severe cases, wounds may require cosmetic surgery to correct.

If a cat bites or scratches the wrong part of your face, it can cause other complications like vision loss, hearing damage, partial paralysis of facial muscles, etc. 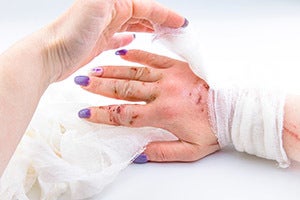 Cat claws contain a bacteria that can cause an infection called "cat scratch disease."

"Cat Scratch Disease." Cat claws often contain the Bartonella henselae bacteria, which can cause an infection called "cat scratch disease" in humans. Their sharp curved nails can penetrate deeply into a victim's skin.

Cat scratch disease is characterized by fever, headache, sore throat, fatigue, chills, and rash. It can take up to three weeks for symptoms to manifest in humans after being infected with Bartonella.

It can spread to the eyes, brain, and heart and cause serious complications if not treated.

Pasteurella Multocida. This bacterium is common in the mouths of cats, and it can be dangerous to humans. It can get injected into the body through deep bites and trapped under the skin as the wound heals.

Minor cases usually result in cellulitis, but if it gets into the bloodstream, it can cause severe blood poisoning.

Tetanus. Like bites from other animals, cat bites can carry the Clostridium tetani bacteria, which can cause tetanus infections if you haven't been recently administered a tetanus shot.

Rabies. In very rare cases, cats can transmit rabies to humans—a serious disease that is treatable but fatal if not treated.

This law states that pet owners are liable for unprovoked injuries caused by their pets (including cats) regardless of their efforts to restrain them.

In other words, you don't need to prove that a particular owner did something wrong when their animal bit or scratched someone to hold them liable for damages.

If the cat owner knew or should have reasonably known, their cat was dangerous, then they have a duty of care (responsibility), to prevent it from hurting others.

California Penal Code 398 PC requires cat owners to provide proof of their vaccinations to a bite victim within 48 hours. A violation of this law is considered an “infraction” and punishable by a fine of up to $100.

Reporting a cat bite will subject the cat to 10-day quarantine to be observed for signs of rabies.

How Can I Prove the Cat Was Dangerous?

Typically, to successfully recover damages in a civil lawsuit, you (plaintiff) will have to be able to prove the cat owner was negligent under California law.

Due to California's “one-bite” rule for cat bites discussed below, however, the pet owner is usually not negligent the first time their cat bites somebody. 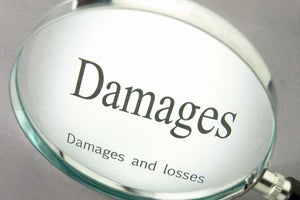 If the owner knew their cat was dangerous, they could be held liable for damages.

But, under California's negligence per se law, a defendant is presumed negligent if they violated a law or ordinance that was primarily designed to prevent injury. Let's take a closer look.

We should mention one glaring exception to the "one-bite" rule with cats, and that is "negligence per se."

Under California law, a defendant is presumed negligent if they violated a law or ordinance and someone was injured as a result.

Concerning cat bites, negligence per se would apply if the owner had failed to vaccinate their cat over four months old according to the law (e.g., for rabies).

If an unvaccinated cat bites you and you get sick as a result, the owner is "negligent per se," even if the cat hasn't bitten before.

The "One Bite Rule"

The primary exception to strict liability for cat owners is that California follows a "one-bite rule" when it comes to cats (unlike dogs, which have no one-bite rule).

This rule says the owner can't be held liable for injuries caused by their cat unless it has bitten or scratched someone before, and therefore they could not have assumed their cat was dangerous.

In many personal injury claims regarding cat bite and scratch injuries, the case comes down to proving that the cat had attacked someone before.

Readers should note that under California's Veterinarian's Rule, anyone who works with animals assumes the risk of suffering a bite. This includes a cat groomer.

However, if the owner knows their cat is dangerous and fails to warn anyone who works with animals, they could be held liable for injuries caused by their cat.

If you are injured in a cat bite or scratch attack, you may be able to hold the owner legally liable to recover any or all of the following damages:

If you were seriously injured by a cat bite or scratch, then you should contact our personal injury lawyers for a free consultation.